A perennial favourite for no mowing enthusiasts, Zoysia tenuifolia is a low growing grass originating from South East Asia. Karl von Zois, an 18th century Austrian botanist, was commemorated by having the species named after him.

There are several Zoysias but the Zoysia tenuifolia has the finest textured leaf and is the only one considered to be no mow.

The variety is known under several names including Mascarene grass, Korean/Japanese velvet grass, Temple grass, No mow grass, Kourai grass and even Petting grass (as people like to touch it)!

Zoysia tenuifolia grows very slowly to about 10cm in height making it ideal for alternative lawns or on slopes. 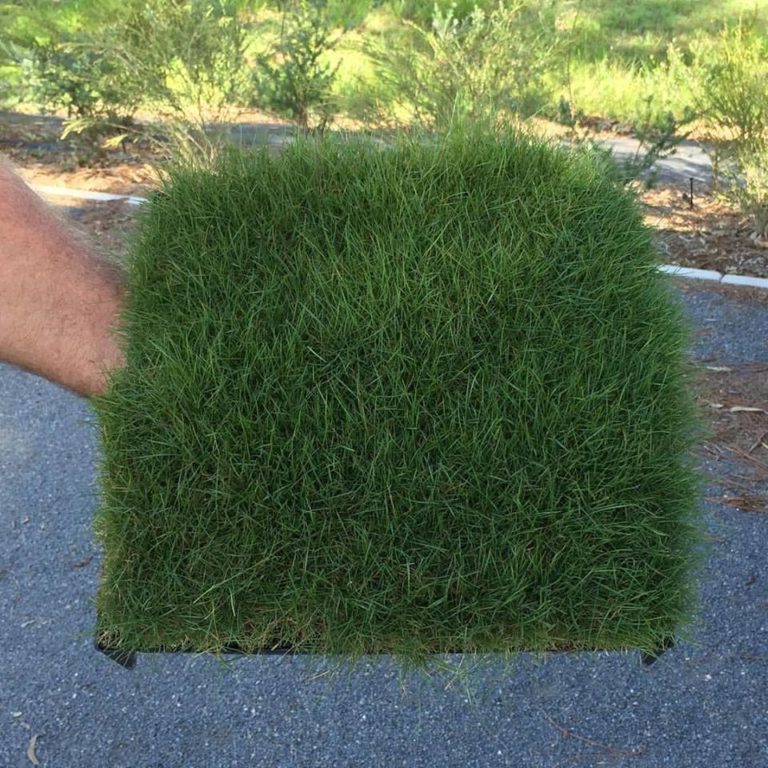 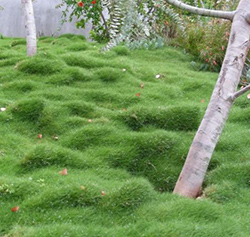 Use scissors to cut the Plant Tiles of Zoysia tenuifolia into strips to fill in between pavers. 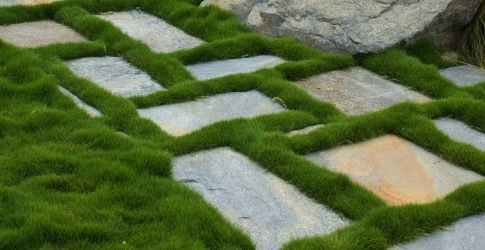 There are some reports of Zoysia tenuifolia not being good for traffic as it is so slow in growing. The issue is usually the poor quality of the media in which the plants are growing. When established in a good depth (100-200mm) of quality, friable media, the plants handle moderate traffic well, actually becoming lower and denser with pressure making it an ideal alternative lawn for average household use.

Due to the slow growth rate, growing Zoysia tenuifolia from pots or plugs can take a long time to achieve total coverage and you may have to undertake weeding between the plants.

This is where our Plant Tiles work wonderfully as we have done the hard work for you. No digging holes and waiting for pots to grow together. You can just place the Plant Tiles next to each other on your prepared media to achieve instant full coverage!

The Plant Tiles are only 22mm in depth so will require frequent small waterings until the roots penetrate the media on which they are placed. A fertiliser such as Seasol is useful to encourage root growth. Once established, water more deeply and less frequently.

Archival find from when we were Courtyard Magic
Scroll to top